How does that CW-watch look in real life?
Forum rules
The "Reference Gallery" has been created so members can get a better idea of what a Christopher Ward watch looks like in many real life and staged situations with different straps and bracelets.

Please add the complete model number to your posting for ease of identification.

This forum is for photos only - No links.

In order to expedite the comparison and viewing process, we request that everyone please refrain from posting comments in the individual model topics. Comments will be deleted.

We invite you to post your best photos in the appropriate model gallery and encourage you to duplicate a couple in the regular section if you would like to invite comments. C60 Abyss SH21 'Deep Dark' the dial and case back of which have a darker smoke than the eventual production models. 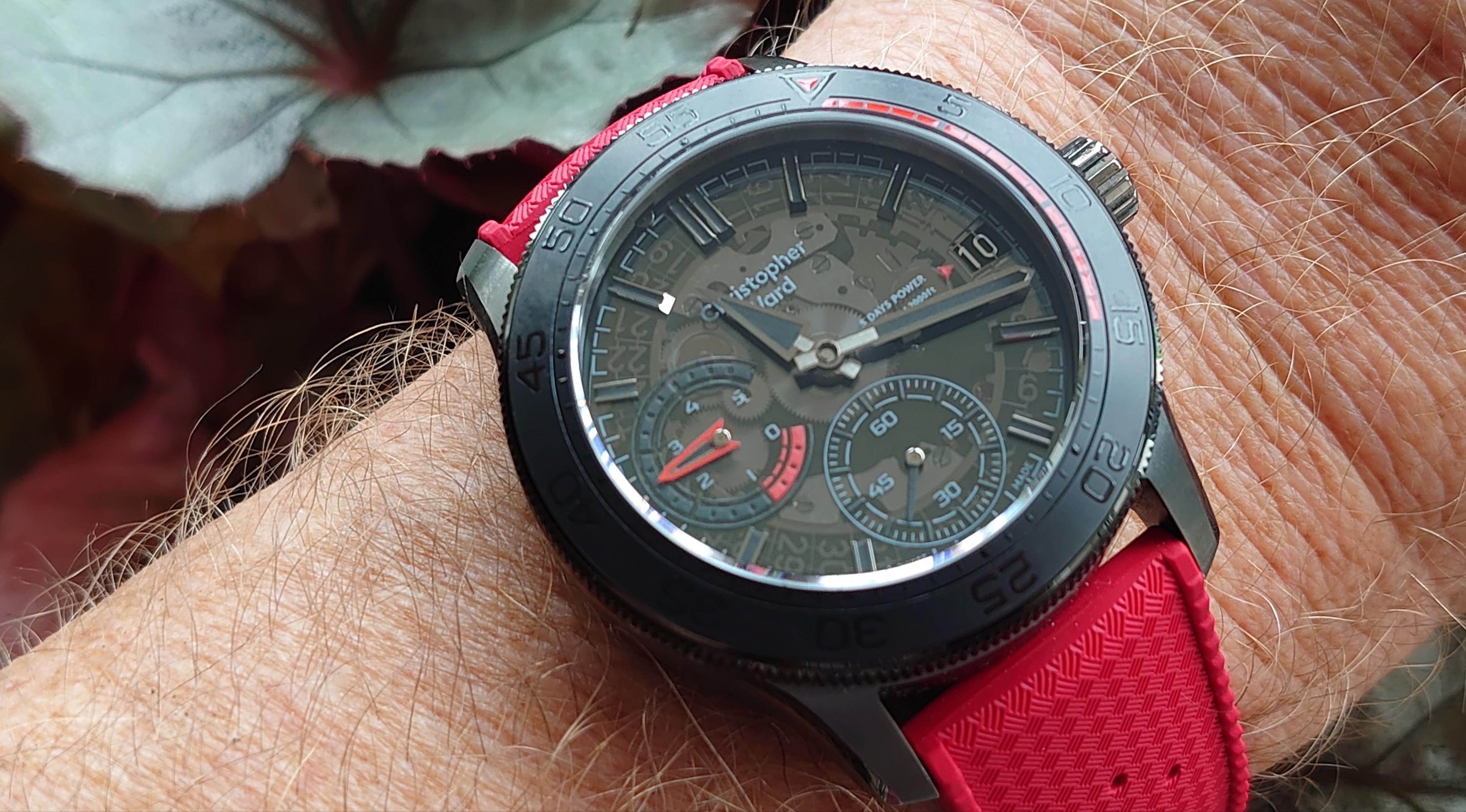 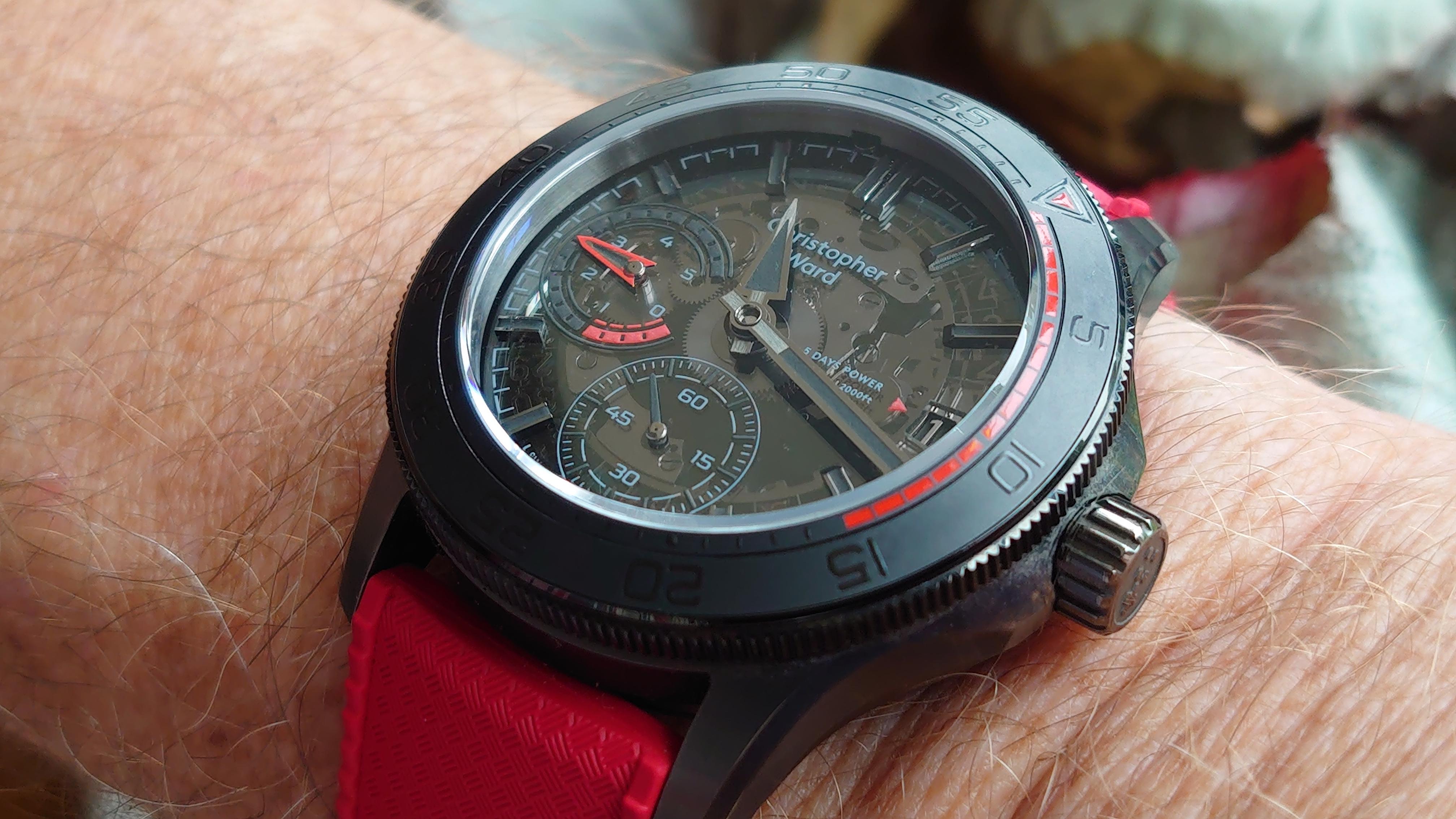 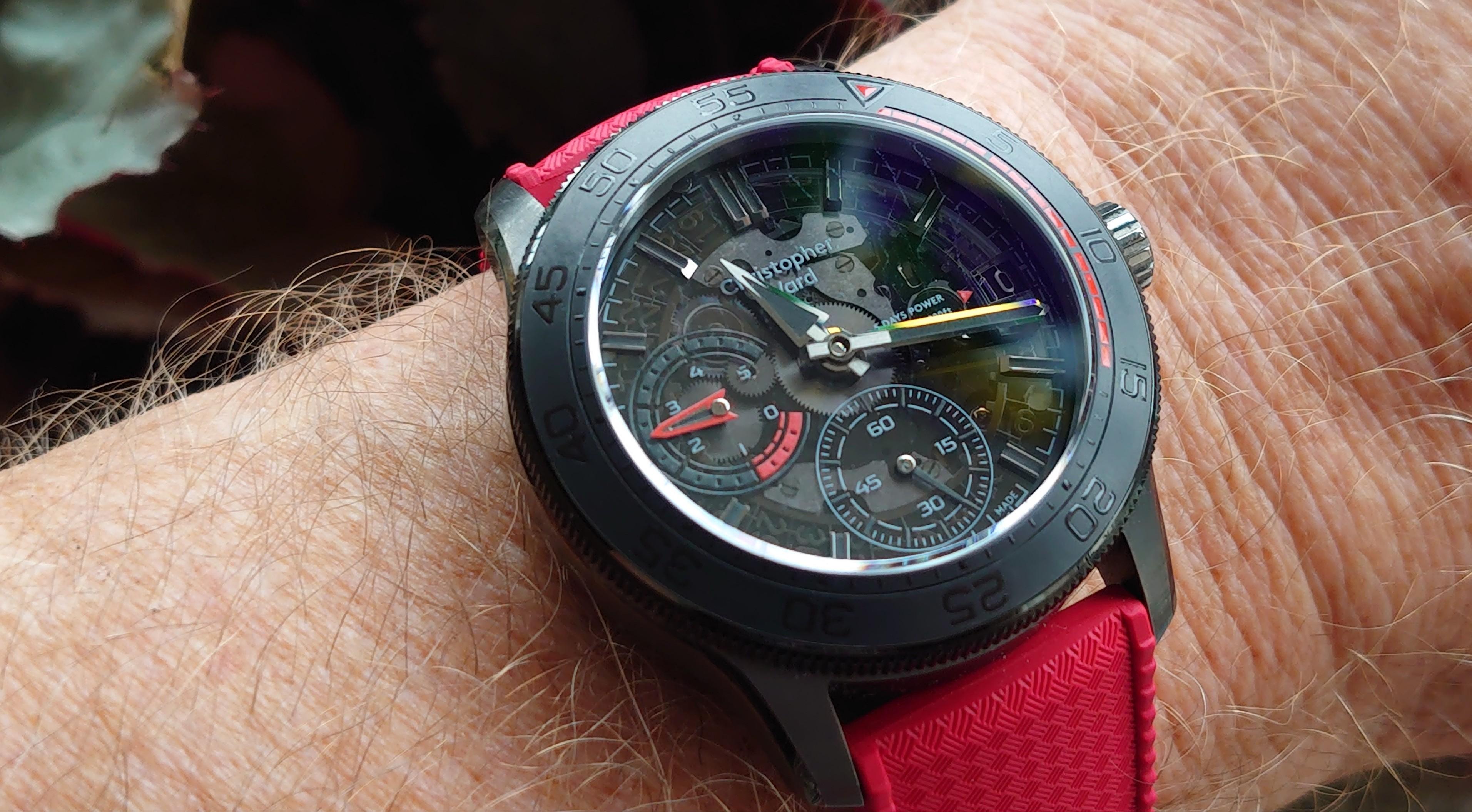 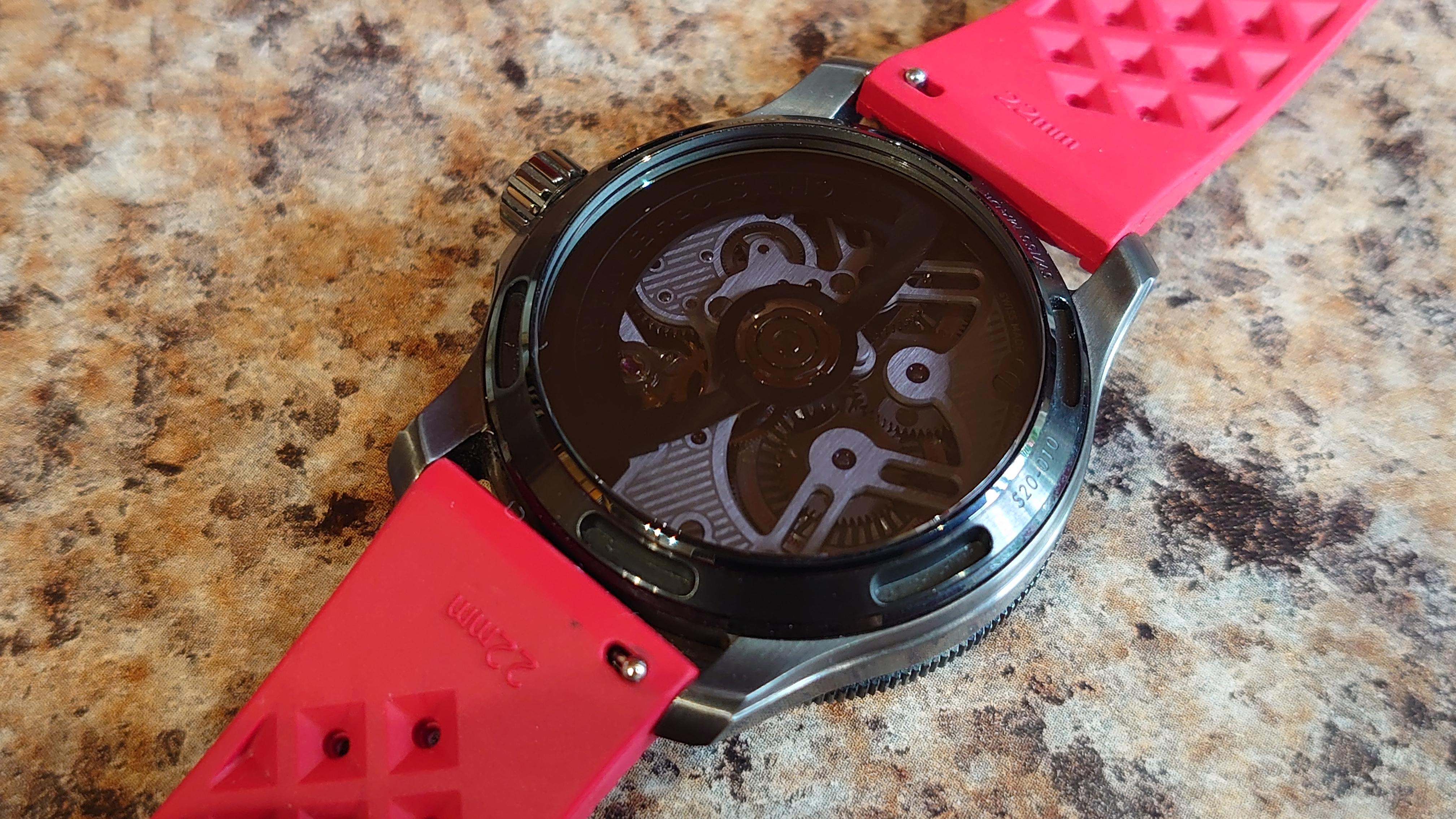 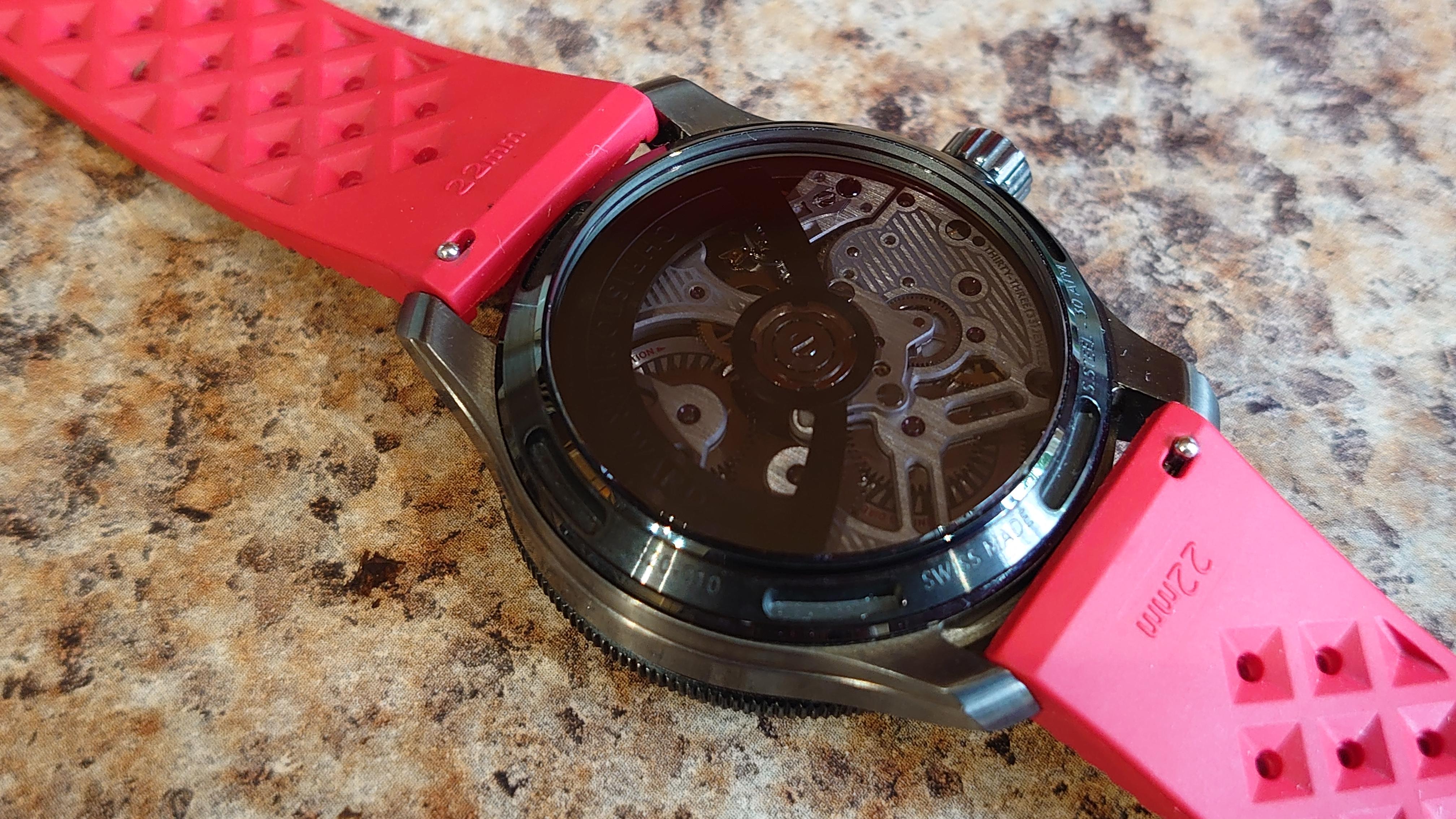 Still going strong and very much loved, thanks again for the opportunity to purchase this one Rich

I’ve just managed to secure the C65 SH21 (small seconds) in bronze too, so will be interesting to compare them. I really should have put this one-off prototype in here earlier. With an orange mid-case and day-date COSC movement, it’s kinda special… 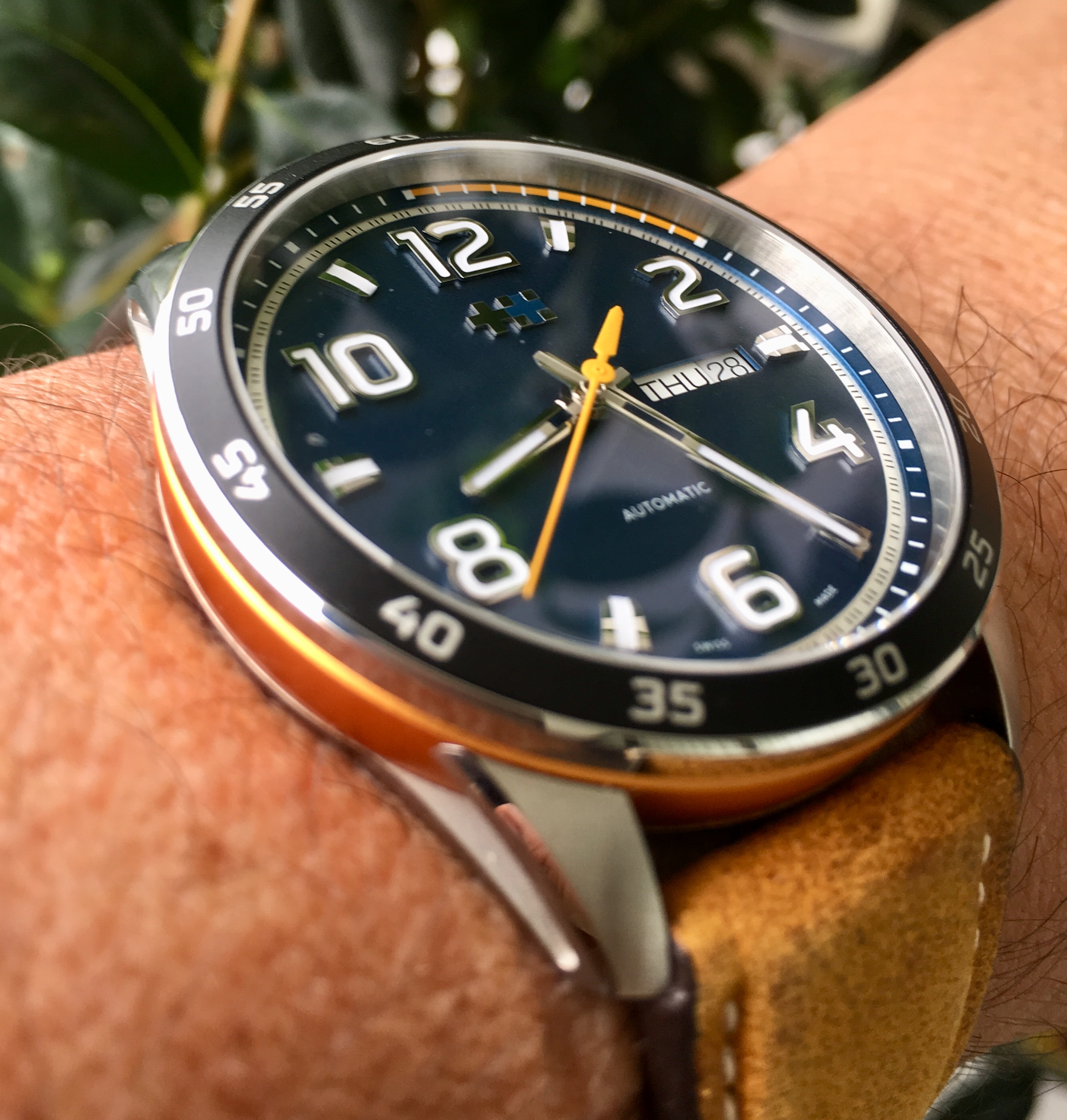 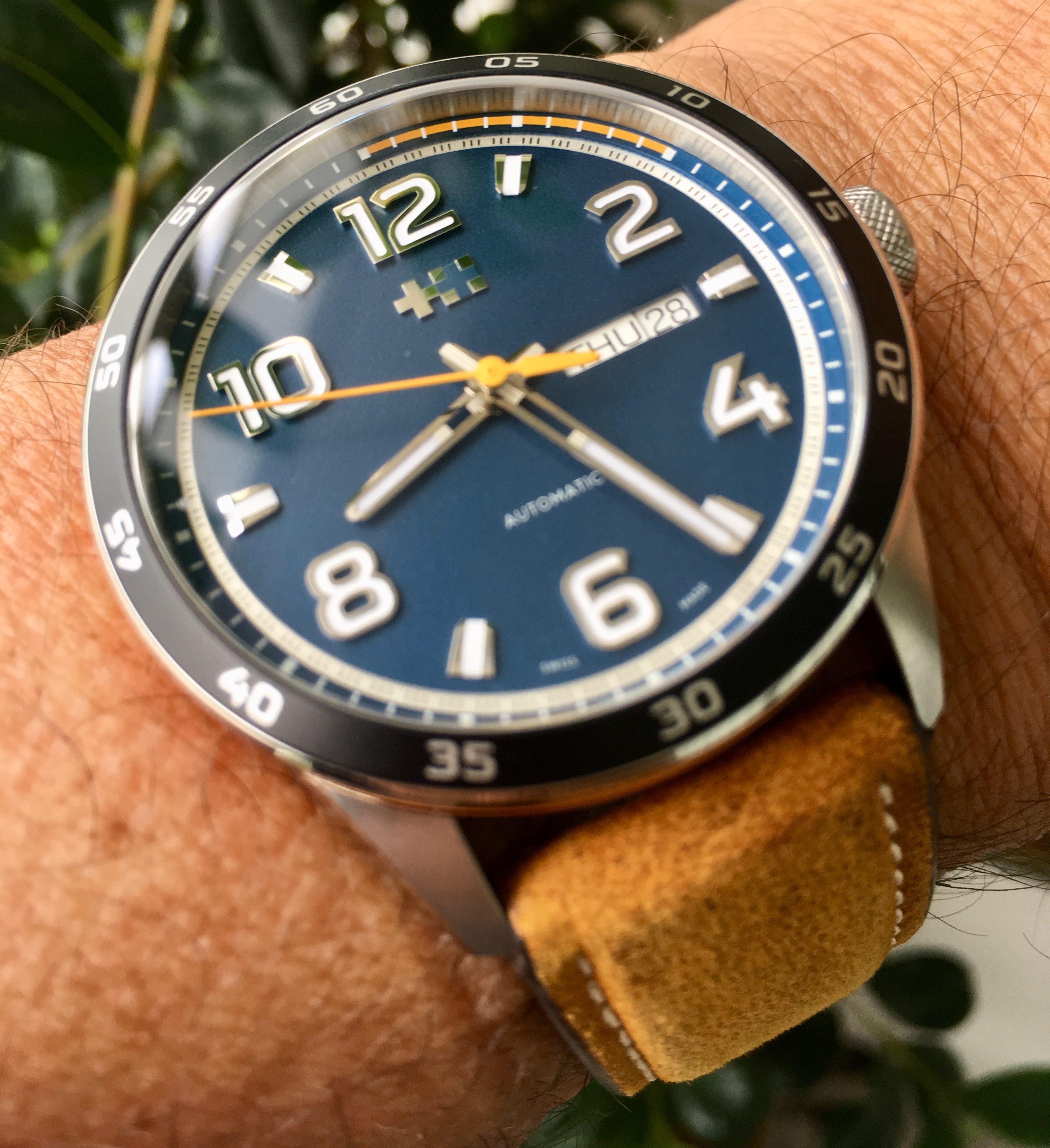 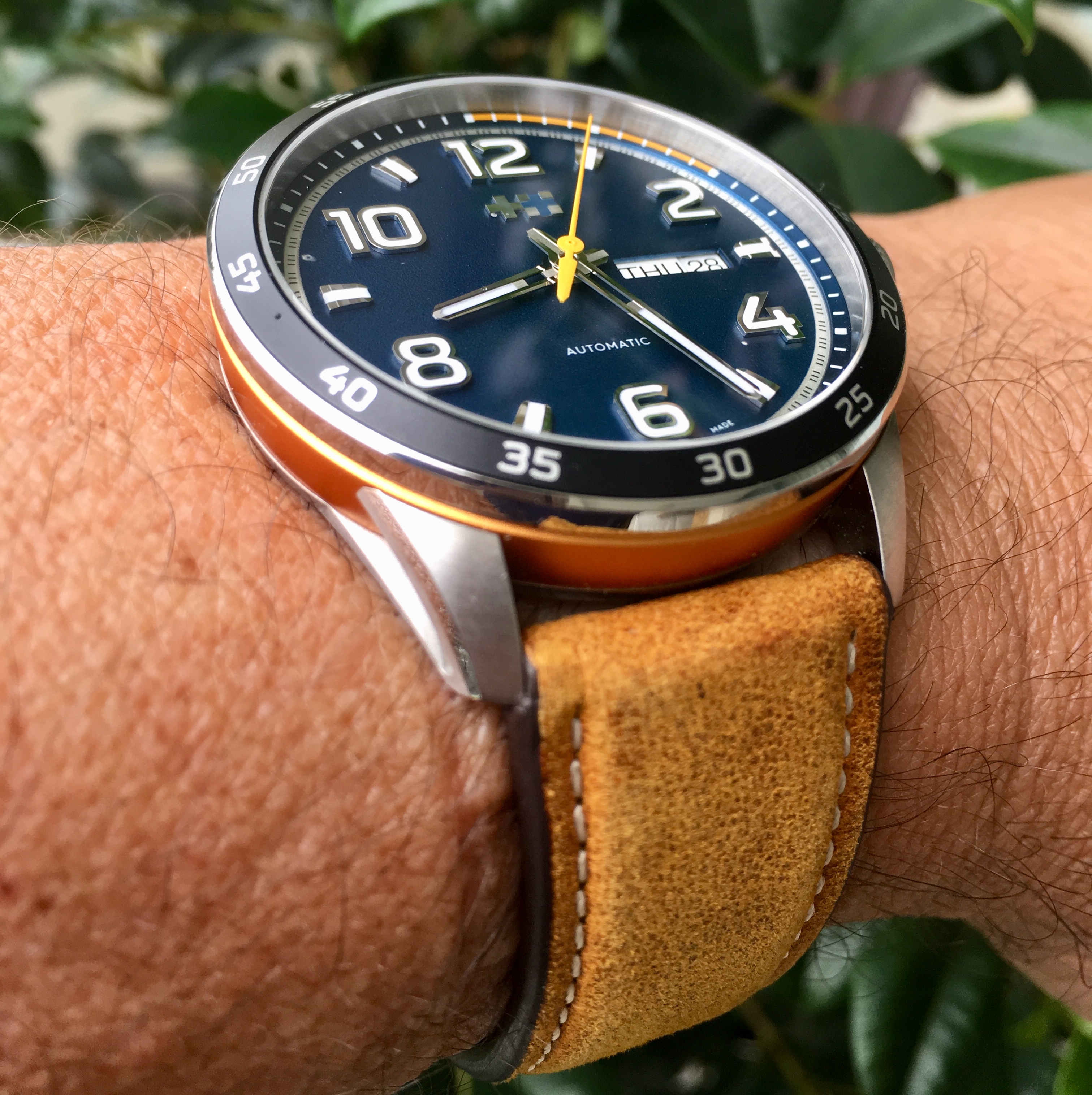 Flags logo in White which is also lumed and #0000 serial number.
Also has a matt dark grey dial compared to the usual glossy black version.
The Trident second hand is also the same as the MK2 style which is fuller and more stylized than the standard MK3 second hand.
The hour hand is slightly larger too.
Some new information I received last night is that the case also is slightly different !
The sides are more scalloped kind of like the C65 case

Photos below including some great comparison photos given to me by a CWE member who purchased the watch in the January sale but returned it as it was at a higher price in that sale and he decided to go for a standard C60 GMT MK3 instead.
He took photos of the two together before returning the Prototype. (Prototype is on the right in the comparison photos) 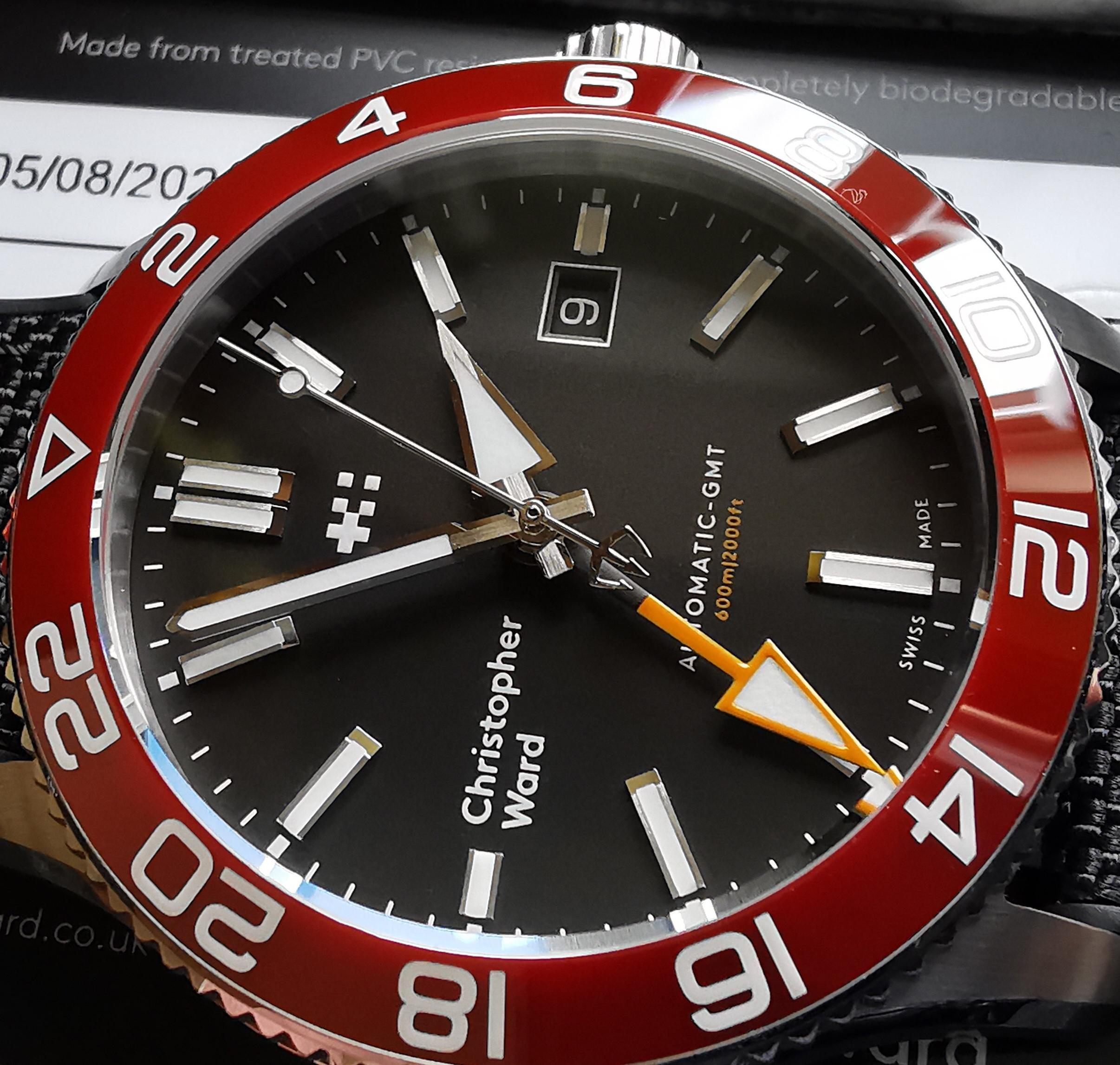 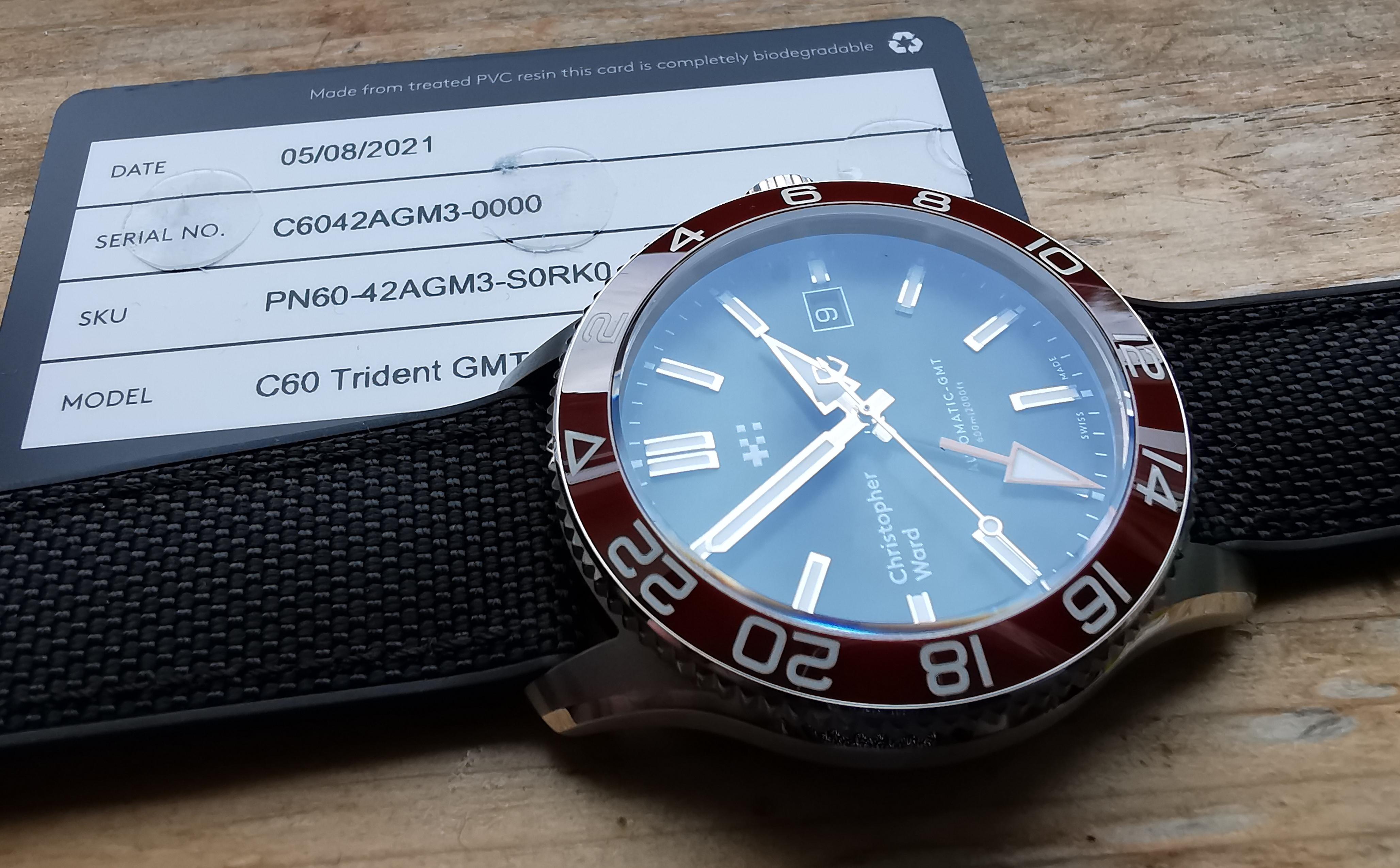 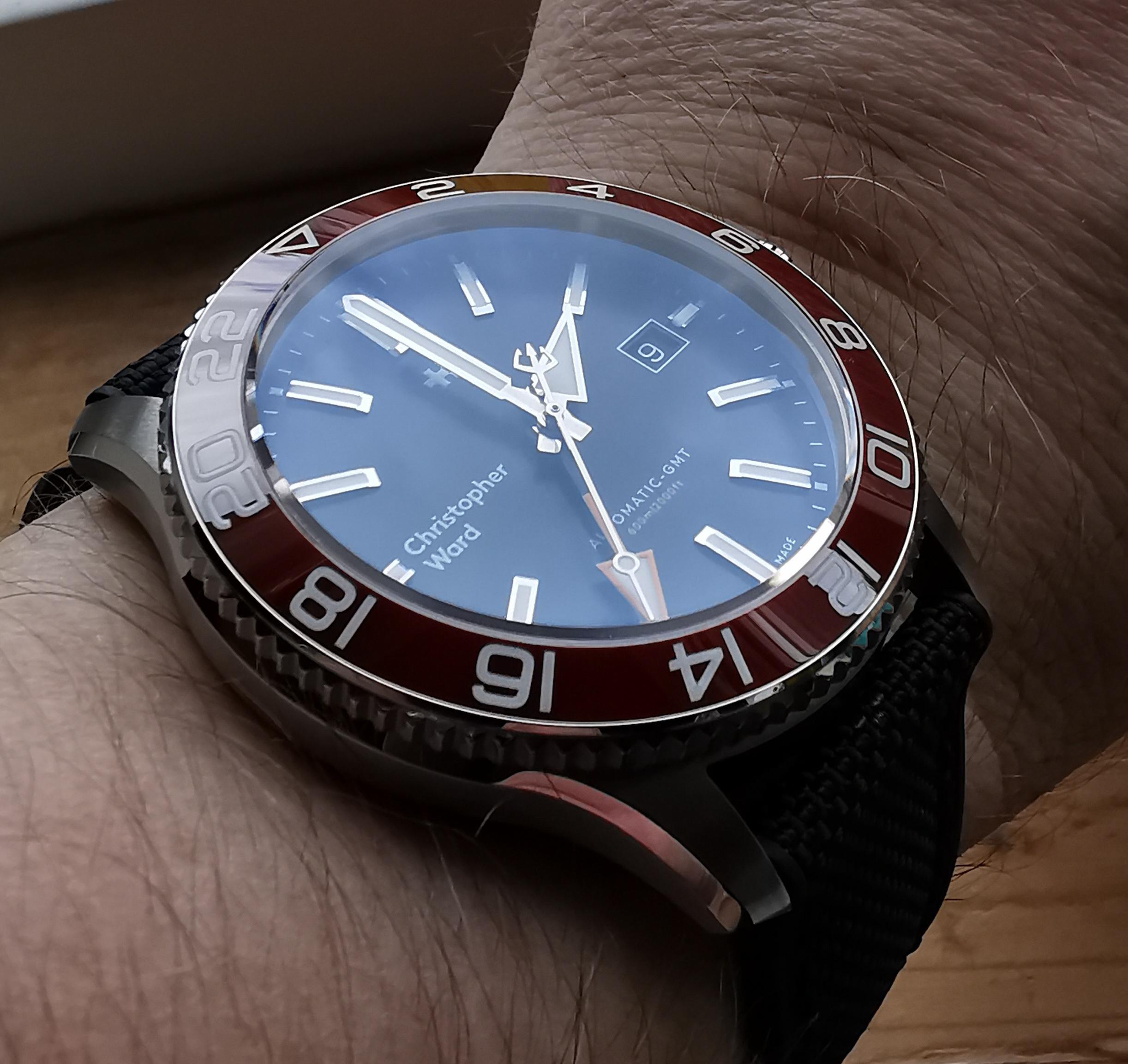 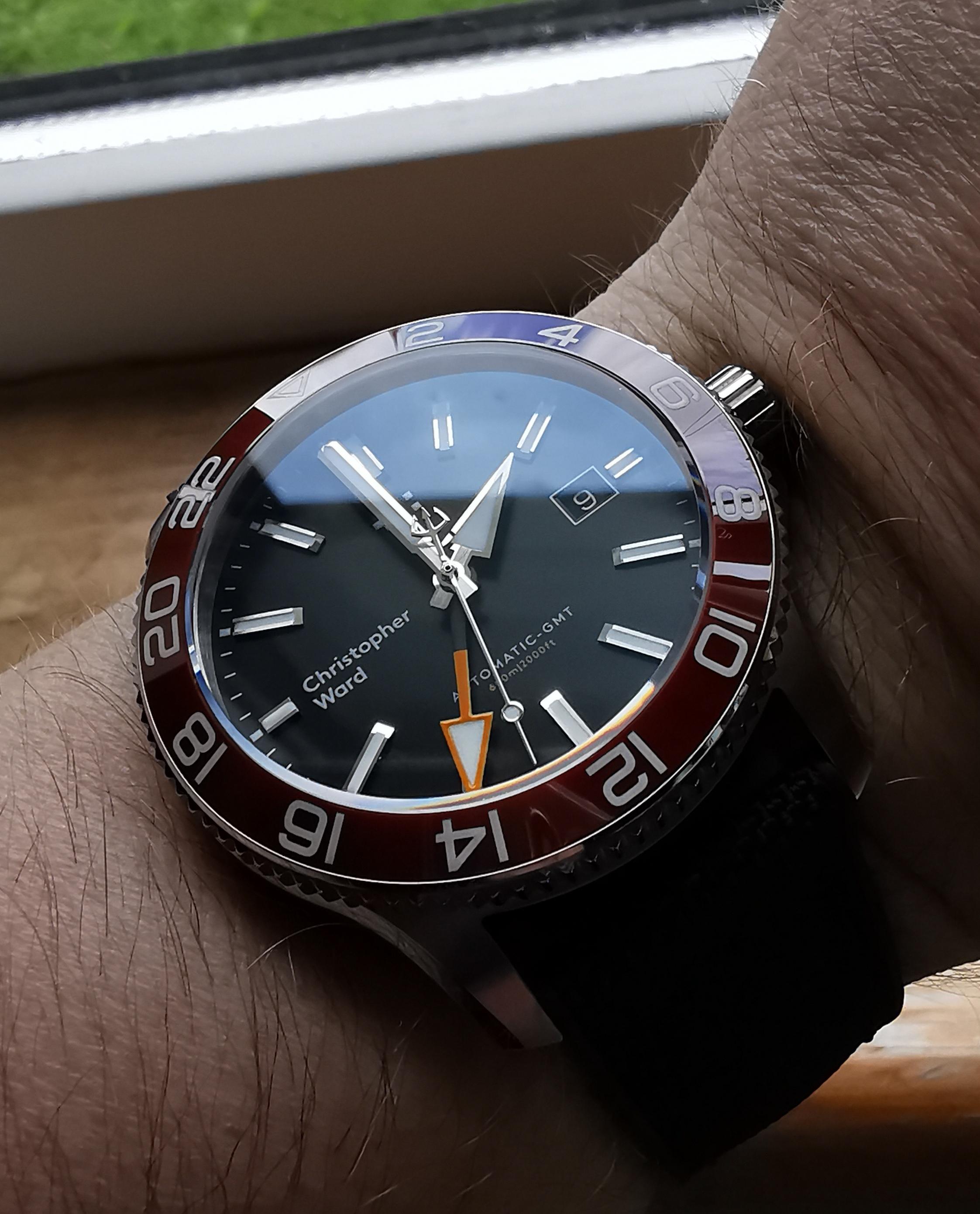 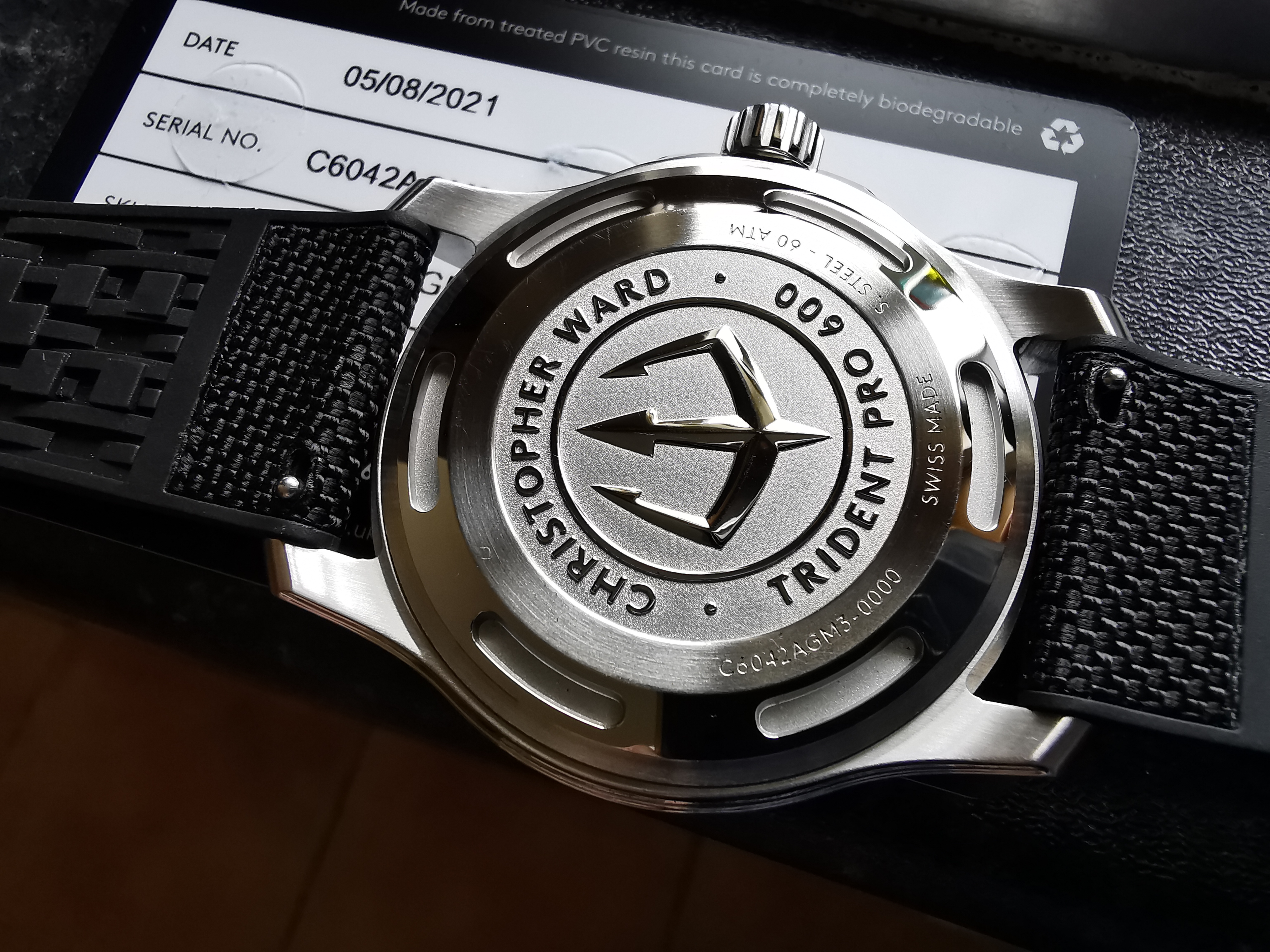 Comparison photos kindly given to me recently with permission to post them, Prototype is on the right in the photos : 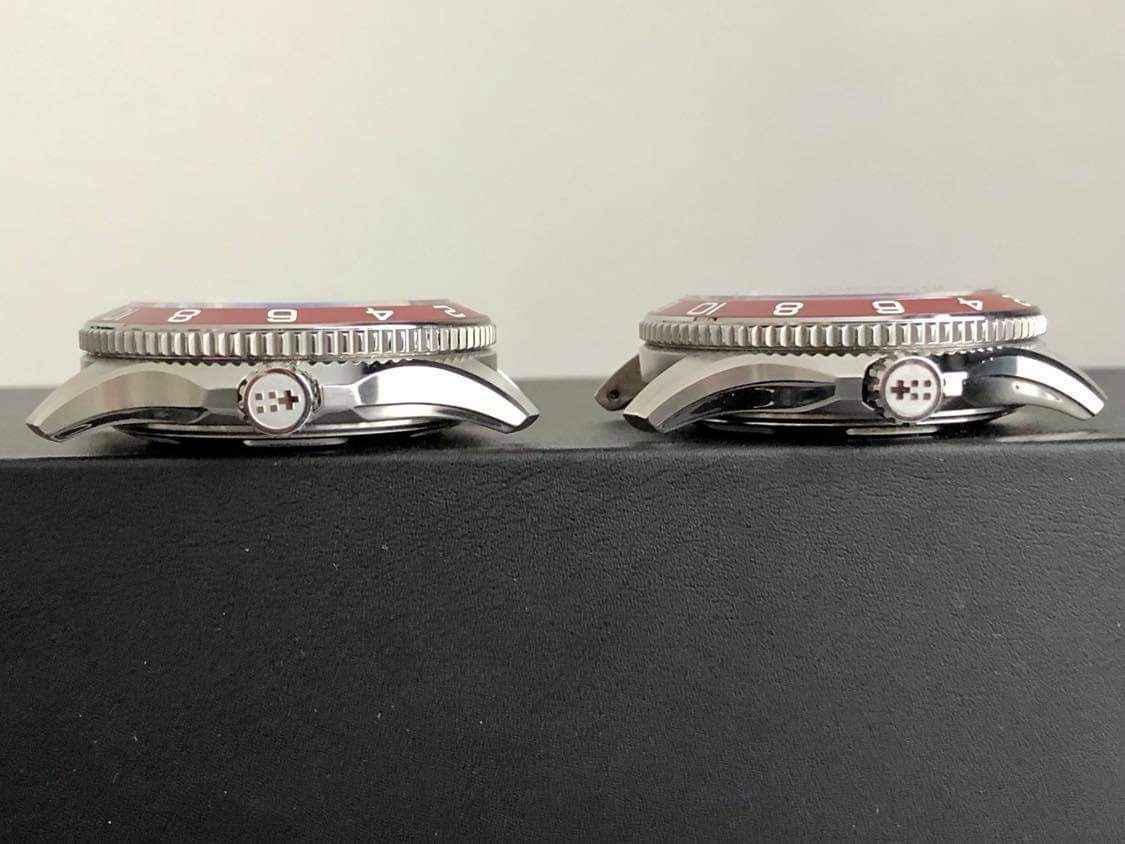 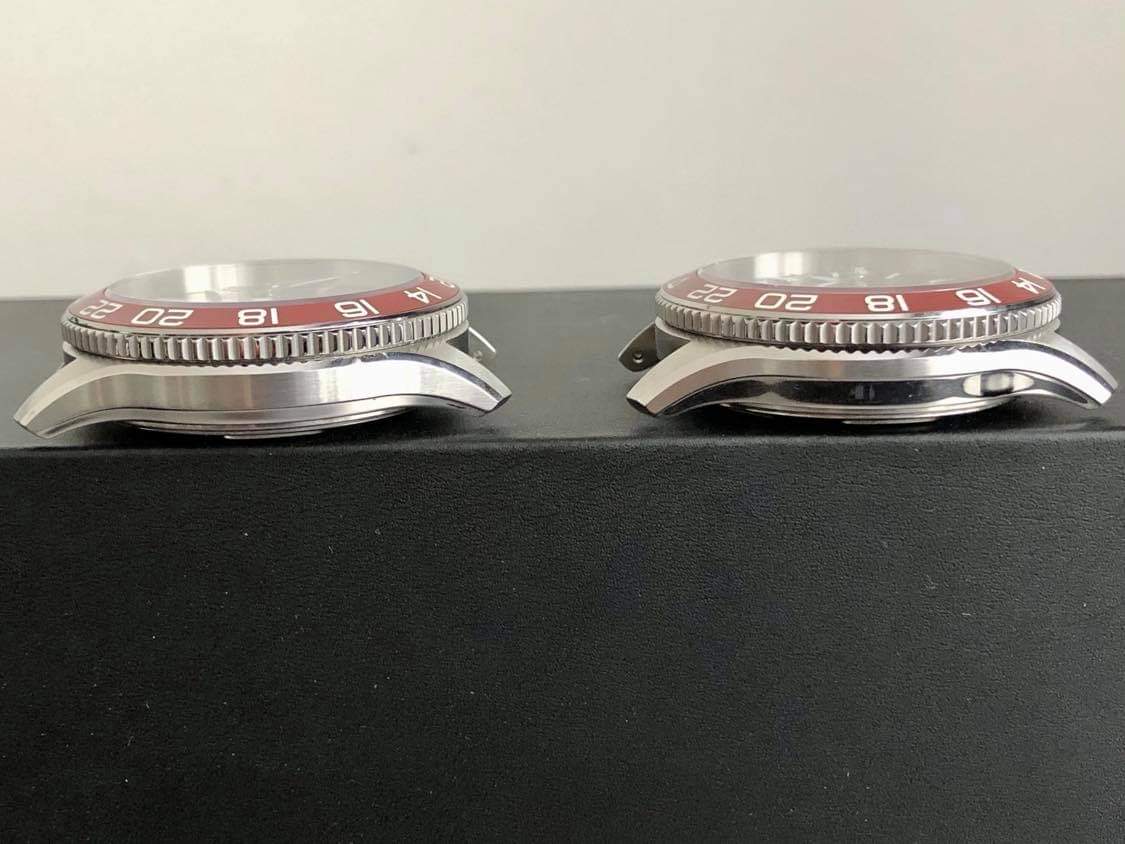 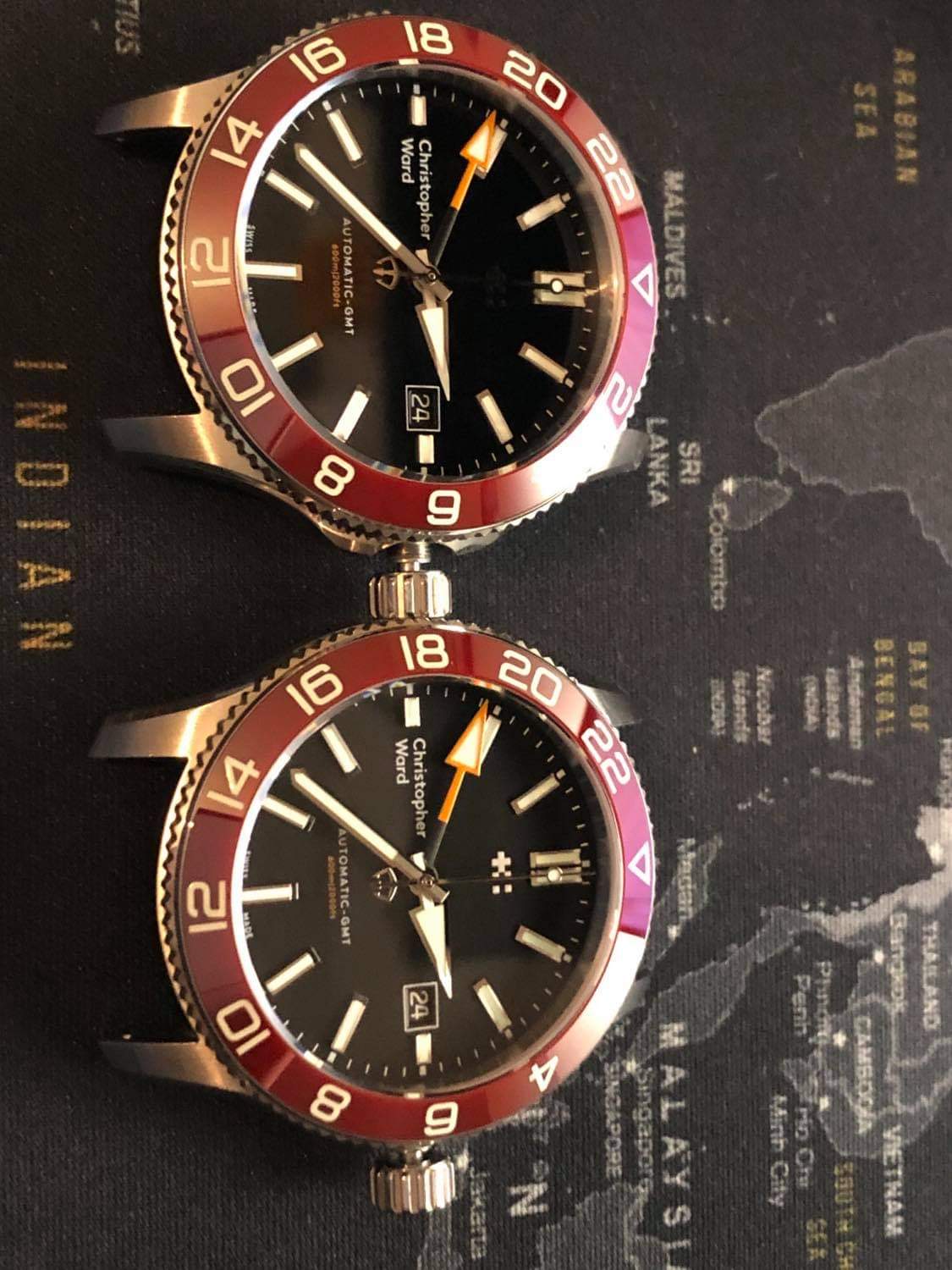 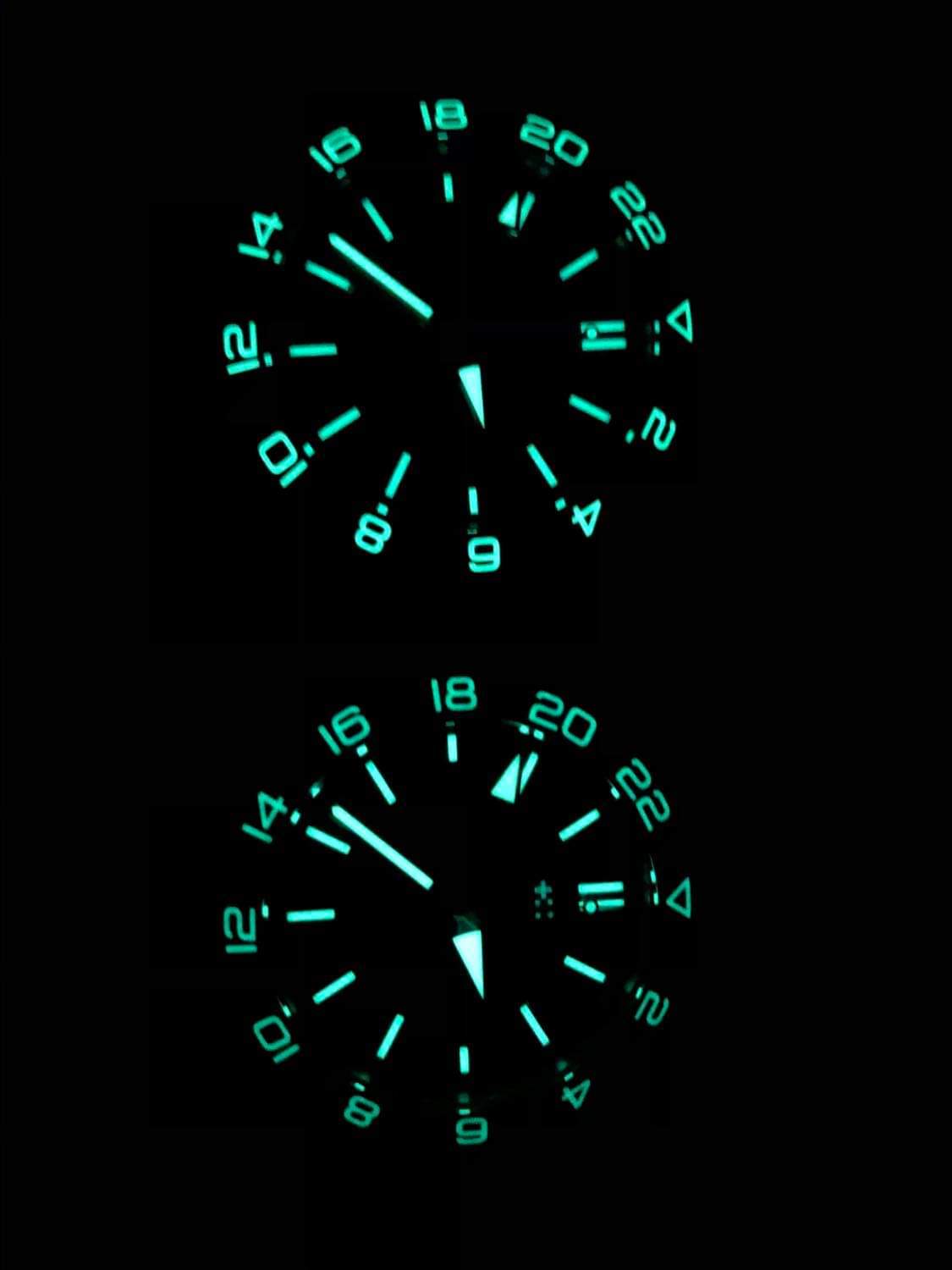 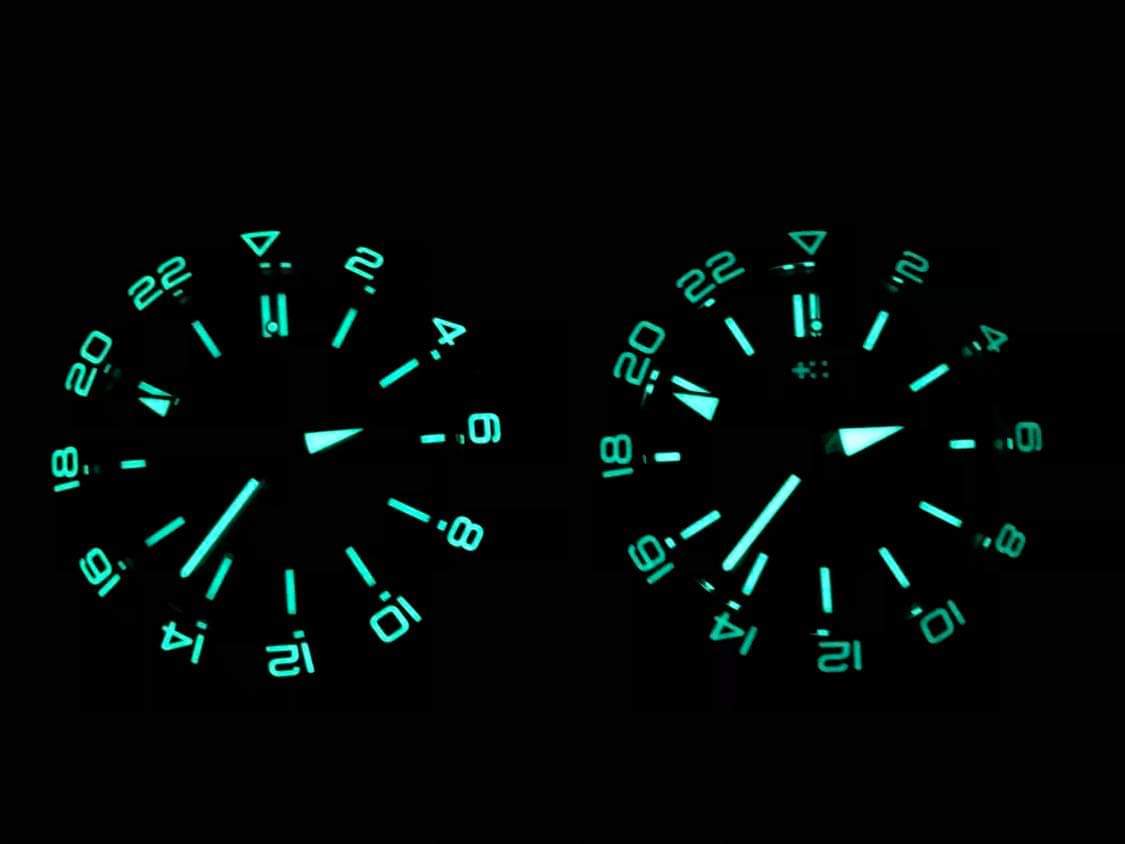