Biel/Bienne based Omega Watches today announced that Adrian Buchmann and the Christopher Ward design team have won the prestigious Omega “Inspiring Design Greatness” award. Avril de Poisson, spokesperson for Omega, said that this heretofore unknown award is given annually to an Omega employee who has helped define Omega’s design in a given year. This is the first time that this award has been given to an outside design team, she commented. However, Omega feels that the 2021 novelties and other watches are so strongly influenced by Christopher Ward’s designs that the award had to be given to Adrian and his team in Maidenhead.

The award cites the following Christopher Ward watches as being particularly influential: 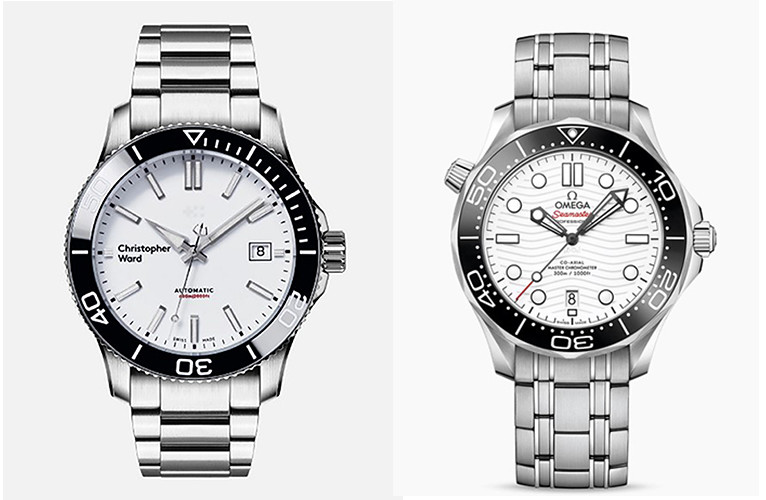 Ms. Lirpo Loaf, spokesperson for Christopher Ward, said “This is a real coup for us. Honestly we’re surprised that Bark & Jack haven’t made a video accusing us of copying Omega even when our design first came out in 2014 with the SH21 LE.”

The Seamaster Black Black is the new “Stealthmaster” and borrows design cues from the C60 Abyss. The menacing and unreadable dive watches pioneered by Christopher Ward are favourites around the office in Biel and we couldn’t resist creating our own version. 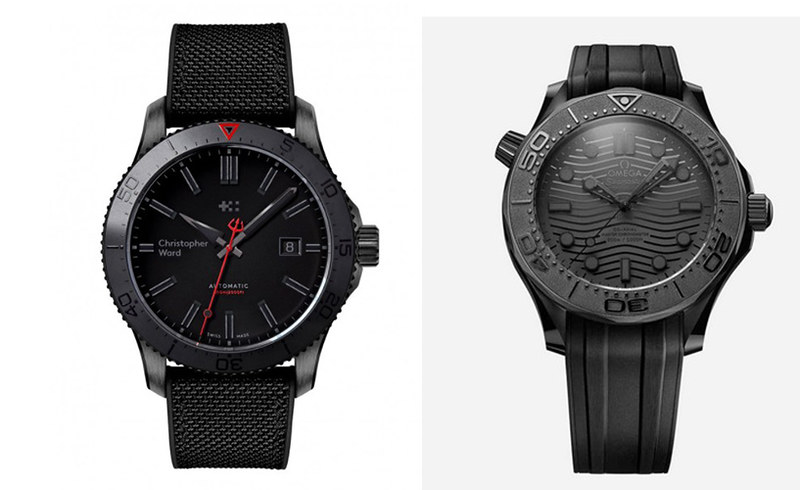 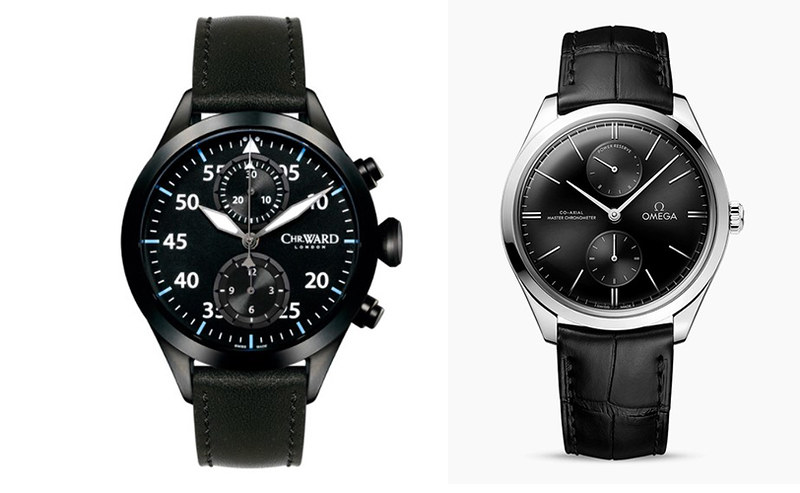 The design team at Christopher Ward will receive a “Travail clock” to put on the wall of their office to help inspire them to even greater design heights. Ms. Loaf said, “We are surprised and delighted that Omega have recognized the contributions we have made to their watch designs over the years. We look forward to putting the Travail clock up on our office wall. Of course any similarities between our C65 range and the Oris Divers Sixty five range are purely coincidental.”

3 CW ladies for my wife.
Top

'The only reason for time is so that everything doesn't happen at once'........Albert Einstein
Top

Such close copies that the differences can only be observed with a frail loop.
Steve
The half minute which we daily devote to the winding-up of our watches is an exertion of labour almost insensible; yet, by the aid of a few wheels, its effect is spread over the whole twenty-four hours.
Charles Babbage

Boing! Almost had me.

Sent from my SM-N986U using Tapatalk

Not fair, it was posted before midnight this side of the pond..... Oh ok, you got me.

10 CWs and a modest collection of other brands
Top

While we're on the subject, I find CW's designs speak to me more than Omega's. And I'm not fooling you!

However similar, CW's design details are fresher (I used to love Omega skeleton hands, but now they appear dated). And the touch of red in the Abyss adds visual interest compared to the monotonously monotone "Stealthmaster".

Omega's Veblen price strategy feels like an April Fool that's increasingly taking the Mickey out of customers. Hence CW got my money instead. Any difference in case quality (it's marginal) is unnoticeable to me in daily wear. And my CW's chronometer movement is amply accurate.
Top
Post Reply
28 posts